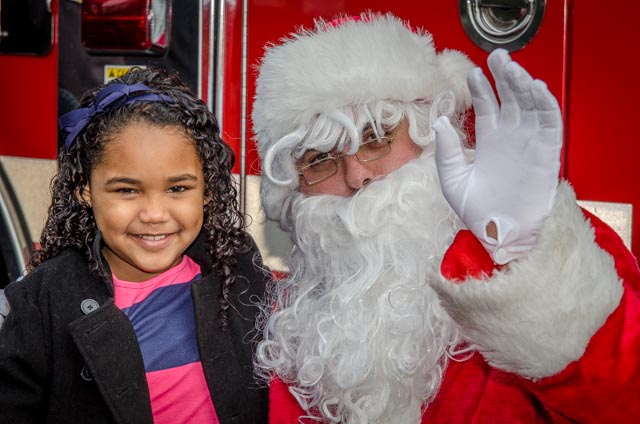 Early in December a Marine who served two tours of duty in Afghanistan and Saudi Arabia was shot to death in Camden while trying to break up a fight. Veteran Marine, Timothy Loper Jr left behind his large and loving family and his 5 year-old daughter, Tahtiana, whom family members said he absolutely adored.​

Timothy’s wife Beverly exhausted all of her available funds trying to cover funeral expenses, leaving her unable to give her daughter any Christmas presents. When the board members of Carz  N’ Toyz, a South Jersey based Charity founded by several car enthusiasts, heard of Beverly’s plight, they stepped up. With a little help from the Pine Hill Police and Fire departments, as well as Santa himself, Christmas presents were delivered to Tahtiana.​

Sam Lacroce, Carz  N’ Toyz Board President said, “This is a horrible tragedy. Nothing can bring back her father, but hopefully we made her Christmas a bit brighter.”